Live your Delirium in Greece 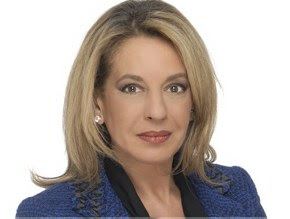 Olga Tremi © Mega TV
I was really impressed, for lack of a better term, by the ability of this country’s elites to delude themselves and, by extension, its citizens. The evening news on private and public channels in Greece yesterday contained much the same interpretation of three events: the European Stabilisation Mechanism; the resulting stock market rally; and the defeat of the CDU in the elections of Nordrhein-Westfaellen.

The Eurozone’s decision to adapt the EUR 750 bln European Stabilisation Mechanism was somehow seen as a vindication of Greek policy. “You see?” TV anchors chortled…”Europe finally understood our position against the speculators.” By taking this decisive action, the Euro gained value and the ability of Eurozone governments to borrow more money was safeguarded. The final validation of this event—if it were ever needed—was the stock market rally on the Athens Stock Exchange (up 9.18%) as well as other major exchanges.

Not a single anchor or commentator paused for a moment to consider what this meant. By taking extreme action in the form of loan guarantees and ECB/IMF intervention, Europe’s governments admitted two critical facts:

• That further, extensive debt funding would be needed by the Eurozone members, and that given the state of public finance, this funding could not be assured in the open markets;

• That for the first time, the Eurozone has set up a totally new mechanism of loan guarantees whereby one country guarantees another country’s debts. This decision was taken in a rushed summit meeting without a single reference either to the European Parliament, or the national parliaments of the Eurozone members.

Think for just a moment what this means. On the one hand, it is a tremendous usurpation of national sovereign rights, which normally should stem from a national democratic vote. Under the guise of the crisis, the Eurozone leaders have pushed through a poorly-thought decision which commits the Eurozone countries to a de facto political integration.

On the other hand, the decision creates yet another sovereign lending instrument at the moment we should all be concerned with reducing public sector debt, not increasing it. As with all instruments of this nature, we know it will be absorbed, for the simple reason that it exists. Given the repeated breach of the Maastricht criteria by nearly all members (and Angela Merkel’s recent electoral results in NRW), can you honestly see any country saying “no”? It's so much simpler to say "yes", since the instrument now exists.

The Greek news also portrayed a major benefit of this decision as the strengthening of the Euro. I have to ask why anyone sees this as a positive decision. For the vast majority of ordinary workers and citizens, the Eurozone is an export- and tourism-driven economy. While a devaluation of the Euro will make oil more expensive (it is denominated in US dollars), it will make our exports and domestic services (such as tourism) cheaper.

Another main event was the results of the NRW election yesterday in Germany. Olga Tremi, who’s fair visage graces this post, could barely conceal the gleam of schadenfreude in her eye as she turned to the report that Angela Merkel’s CDU lost yesterday. The reason stated on both Mega and NET was that this was due to “Merkel’s delayed decision-making on the Greek crisis”.

In fact, nothing could be further from the truth. Yes, some Germans are no doubt angry at her “dithering”. But far more ordinary voters are angry not because she finally voted “yes” to the Greek loan package, but because she did not vote “no”. The Greek media has chosen to ignore the widespread anger among German voters at having to come up with the largest share of loan guarantees—EUR 22 bln—for a profligate, corrupt and politically irresponsible country. Yet somehow, because the CDU was defeated in a single Bundesland, this is somehow a vindication for Greece.

I honestly fail to see how this can be seen as a vindication. Sure, George Papandreou’s strategy from the start has been to internationalise the situation by blaming the “speculators” and calling on Eurozone assistance. But Greece’s debt problems are entirely of its own making. And since the Greek Prime Minister takes every opportunity to state that debt restructuring is not foreseen, this means Greece will pay back 100% of its loans plus interest. The Greek people pay for this, not the CDU or Angela Merkel.

I start work this morning with two parables in mind:

Will someone please call Olga Tremi and let her know?
Posted by Unknown at 09:33