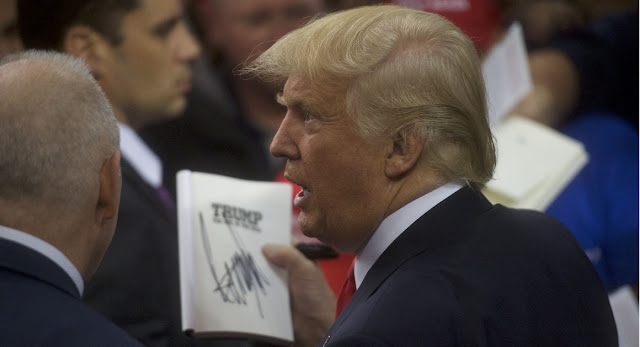 Politico ran an article today that I'd like to comment briefly on. (Delegates face death threats from Trump supporters)

I read media with a skeptical mind. Having said that, there are many signals in this article and other sources to worry about.

The candidate pictured below, with his personal pledges of allegiance and his Mar-a-Lago, reminds me not so much of "bread and circuses", but of torchlit rallies and Berchtesgaden. This is the first time that I can recall a Presidential candidate openly organising around the threat of political violence.

It's also the first time I can recall so much effort being placed on "influencing" convention delegates, both positively and negatively. Perhaps this is only the latest step in a general culture so enamoured of military, celebrity-success-at-any-price, and guns. But it does not bode well for the future.

Civil liberties are already practically non-existent, or available only to the rich.

We see daily just how badly the primary system and the general election systems work.

We read how much more money each election costs, as if this were an acceptable cost of doing business.

We read that a former lobbyist for the big bulge banks is appointed head of the SEC--the very institution charged with regulating those banks. And that the revolving door in politics is alive and well.

We admire Frank Underwood and binge watch each new season of House of Cards precisely because it confirms what we all suspect.

We accept that Hillary Clinton earns hundreds of thousands of dollars from banks, but that this does not influence her vote.

If we are all frogs in a pot, just what temperature has the water reached?

Evidence of a Paphos Recovery 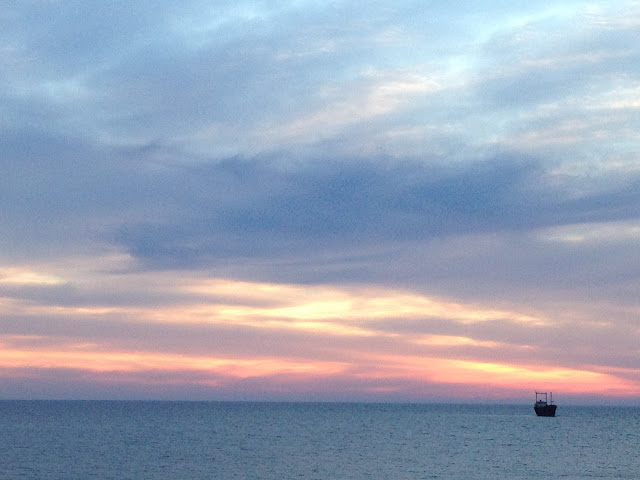 On a recent visit to Paphos, there were several signs that the economic situation is slowly turning around.

1.     The Pafos 2017 European Capital of Culture is creating significant interest. Booking allocations for 2017 are already being negotiated with foreign tour operators as well as event organisers. Moreover, Pafos Municipality has launched an ambitious renovation programme in the Harbour and City of Paphos, including 28th October Square and Tomb of the Kings Avenue.

3.    Incoming tourism arrivals to Cyprus and Paphos are growing. Arrivals grew by 9% in 2015, to 2.659 million, while revenue grew to nearly € 2.2 billion. Arrivals are expected to grow still further in 2016, based on early block bookings from European tour operators.

4.     The use of villa rentals as a substitute for hotel accommodation is growing. AirBNB and Booking.com are both heavily promoting villa and apartment rentals in Paphos, and the available stock of rental properties on both websites is increasing.

7.     Foreign investors are buying Cyprus properties in Pafos for the investor citizenship and residency programmes.

These factors are combining to create an interesting set of signals for property investors and owners. Together with the stock of distressed or unfinished properties, there are significant commercial opportunities available in Paphos.

When will Airport Duty Free Retailers stop being Idiots?

I wonder whether the collective stupidity that characterises most retail interactions in airports will ever change.

This morning I flew Larnaca to Warsaw at 03:40. At Warsaw airport, I bought a 500 ml bottle of water at the duty free. Here is a record of the interaction.

Cashier: “For statistics purposes, may I ask where are you from?”
“Athens”

Cashier: “I have to give you change in zloty.”
“Fine”

Cashier: “Here is your change.”
“Thank you”

Cashier: “Would you like a plastic bag for the water?”
“No”

Cashier: “Have a nice day!”

Fucking collective insanity. So much about this retail transaction is wrong.


This is a useless and offensive procedure. I had exactly the same experience in Larnaca, buying another over-priced bottle of water (€ 1.50 in Larnaca instead of € 2.00 in Warsaw). Right down to the offer of a plastic bag.

Is there any evidence of sentient life in Dufy retailer management? Is there any prospect of relief from the vast and collective stupidity which characterises most bureaucracies today?

Get a grip. Really.