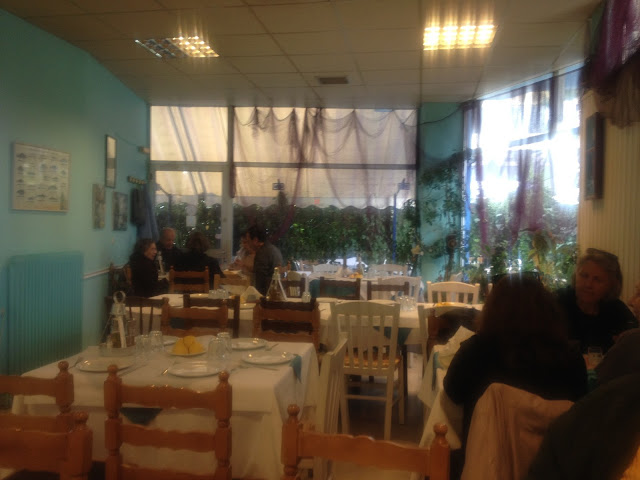 I'm writing this blog post on March 25th, which is Greek Independence Day. I've just returned from an early lunch of bakaliaro skordalia from a greasy spoon taverna in the district of Athens where my parents live.

1. The restaurant was fully-booked, with rush hour expected from 13:00 and later. People were being turned away at the door. This is despite the Greek economic crisis.

2. The managers, knowing there would be a rush, had pre-fried a large batch of bakaliaros (cod), which they served fried in batter. It was perhaps not the finest moment in Greek cuisine.

3. The bill came scribbled on paper. Not printed off the cash register.

4. Three people at three odious portions of cod plus boiled greens and taramosalata for € 30.00

5. Smoking was permitted inside the taverna.

Oh, and I was the youngest person in the restaurant -- for a while.

I wonder why so little in Greece seems to change, despite the very obvious need for it to change. And as usual, I have no answer.