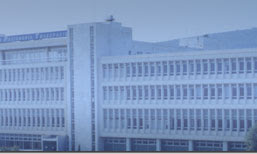 National elections have been called for October 4th in Greece. For perhaps the first time, both PASOK and ND are vying with each other over who will introduce the most austere budget. This is a welcome change, if it were believable. I believe both party leaders are sincere. But I also believe that the party barons on both sides, as well as decades of vested interest, will sabotage or slow any reform implemented.

What Greece needs is a vision of lean government. Right now, the parties are focussing on top-line, revenue and expenditure assumptions:

Unfortunately, there is no unifying vision or coherence to these measures, or how these would affect the fundamental structure and operations of public administration.

Let us view a simple example. Greece has no fewer than five public broadcast channels. These are bundled under ERT A.E., a public organisation that functions according to private law. ERT A.E. includes the following channels:

In addition to this, the government is already funding a range of local authority and municipal TV stations, which mainly transmit programmes of local interest, and occasionally meetings of municipal councils.

The main organisation, ERT, is funded by a mandatory tax on electricity bills. It has some 3,500 employees, and a range of ancillary activities, including several radio stations, a publishing company, and no less than five orchestras:

I am a great fan of public TV: in Greece, it is one of the few quasi-objective media organisations (although I am sure this is also open to debate). But frankly, we are in the middle not only of an economic crisis, but of a situation where public debt has reached at least 103% of GDP, and quite possibly 108-110% by the end of 2009. We simply don’t have the resources for massive public sector organisations and repetitive functions which in many cases are paid for by the taxpayer without recourse or choice.

2. All ancillary functions will be divested or closed.

3. All local TV and parliament TV can continue, but will be broadcast only online, and will not be paid for by the central government as a separate item. The costs should be borne by the IT budgets of these organisations, and should be less than EUR 1,000 per organisation from the central budget, with anything remaining gained by sponsorship or advertising.

4. The Greek state will only support a limited number of orchestras, choirs, etc. In any case, the budget for these activities has nothing to do with state television: it should be transferred to the Ministry of Culture. No more than two national symphony orchestras are needed in the entire country: one in Athens; one in Thessaloniki, which are paid for by public funds.

5. The strategic role of the national broadcaster should be to conduct in-depth analyses of Greek history, culture, news, economy, and international relations. We do not need so many programmes on recipes, sports, Greek music, etc. How many separate yet similar programmes on Greek music are aired by ERT, and why are these needed?

6. The headcount of ERT will shrink to 1,250 within 4 years, from the current total of 3,500. The celebrity media culture of untrammelled spending for gossip TV, Eurovision, and other frankly ridiculous events which are currently programmed by ERT must end.

7. Should a public subsidy for ERT continue, it will be collected by the normal tax collection method, and not through DEH (public electricity authority) bills. DEH is a totally separate business, which—apart from convenience—should not function as a billing mechanism for another quasi-governmental organisation. In any case, any public subsidy should be re-channelled to debt reduction, while ERT should improve its already important advertising revenue.

8. All major public debates and decisions should be put online as a matter of course; every Greek (and other) citizen should have access to government through the internet.

Similar decisions are needed in every government or semi-governmental organisation. The time of “caviar socialism” is over: unless hard decisions are made on the basis of a real cost-benefit analysis, the country will soon reach a debt-to-GDP ratio of 140-150%, and it will then be bankrupt.

Greece is spreading its expenditure across thousands of public organisations, replicating a model of government suited to the 1800s of employment and patronage over efficiency. There needs to be a clear strategy of focussing the role of government where it is truly needed, and exiting ancillary functions. Where government is needed, for instance in education, healthcare or the military, then we should spend the correct amount of resources to make sure Greek citizens receive world-class services, not banana republic excuses.

We need to develop a public sector from the ground up, using lean thinking and the power of the internet, if we are to compete, and indeed survive, in the future.
Posted by Unknown at 14:42