Dreaming of a Dutch Sandwich 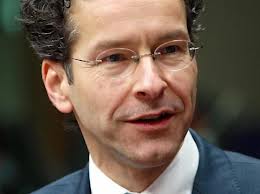 It is difficult to understand just how far German hypocrisy about the purported Cypriot “Russian money laundering machine” will go. This is ostensibly the reason the puritanical German Parliament, a total stranger to money laundering and tax avoidance, cannot vote for the Cypriot bailout.

Yet it is worth remembering recent history:

·       When Cyprus was asked to join the bail-outs of Greece, Ireland, Portugal and Spain, its money was good and its participation welcomed, among others by Angela Merkel during her visit to Nicosia.

·       When the German government rammed the PSI 1 and 2 “haircuts” of Greek government bonds, resulting in a loss of over EUR 4 billion to Bank of Cyprus and Laiki, the Cypriot government voted in favour. Cypriot money was acceptable then.

But when Cyprus applies for a EUR 10 billion bank recapitalisation, of which EUR 4 bln was due to the GGB write-down and EUR 6 bln is non-performing loans, suddenly Cyprus has become the mafia capital of the European Union. At least according to Germany, The Netherlands and Finland.

The numbers are so absurd as to beggar belief: Germany is risking trust in the entire EU banking system by forcing deposit holders to “bail in” for the amount of EUR 6 billion.

It’s also worth remembering that:

·       The European Stability Mechanism and EFSF are available and have capital

·       The only reason the “Russian money laundering” issue rose was because the German SPD started to make an electoral issue out of this – and the CDU quickly followed suit.

Moreover, the size of the Cypriot offshore sector is puny compared to that of The Netherlands (another stalwart Eurozone hypocrite). Perhaps Wolfgang Schauble should look up the meaning of a “Dutch sandwich”. Some articles which may help him understand the real scale of “tax avoidance” in The Netherlands are seen below:

There is an expression that people who live in greenhouses should not throw stones. Someone should perhaps warn the Dutch Finance Minister.