The Apparent and Overstated Death of Europe 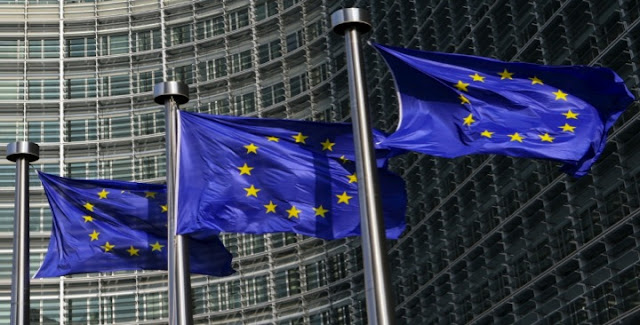 Much has been written about #Brexit and the impending “death of Europe” over the past few days, and much more will be written in the future. A bit of perspective is in order.
The European Union started as a nascent common market for coal and steel, and has since evolved into a supranational organisation with extensive competency in some areas and limited competency in others.
The original concept of being a free trade area has evolved. This initially applied to products. It then expanded to the “four freedoms”: freedom of movement of goods, people, services and capital.
Along the way, it was found that in order to achieve these four freedoms, there needed to be unified standards in a number of areas. This rapidly expanded into areas such as innovation, science and technology, research, education, and justice.
It deserves mention that the decision-making behind this standard-setting was voluntary. Member States are represented at several levels in the European Union. The first is the European Council, which is composed of heads of state, and its subsidiary councils, such as the European Economic and Financial Council, composed of Economics and Finance Ministers.
The second main level is the European Parliament, which today has more extensive powers over key areas of legislation.
Member States have also had several opt-out clauses and possibilities, such as Britain’s decision to opt-out of Schengen.

Why was the EU so Attractive?

There are several points why the EU was very attractive to Member States and to European citizens which have been totally overlooked in the recent Brexit debates.
Institutionalising Democratic Legitimacy and Good Governance
For weaker democracies, such as Spain, Portugal or Greece in the 1980s, or for the Central and Eastern European states that joined from 2004 and later, the European Union was seen as institutionalising democracy and good governance.
By joining the European Union, these countries felt that rather than entrusting their governance to a handful of corrupt politicians and political parties, they would benefit from wider European governance. For the most part, this has been true, particularly at that stage of development of each country applying to join. The European Union system has, whatever its many failings, acted as a brake on some of the more insalubrious tendencies of autocrats and oligarchs.
Could more have been done? Absolutely. But we should not forget that in each case, national stakeholders and voters have the primary role in the composition of their own political parties and governments, and in the operation of their own economies.
Greater Security
Another strong value of joining the European Union was the perceived benefit of external security. This was very strongly felt in countries like Greece or Cyprus, which have been confronted by Turkish aggression, or in the Baltics, which were confronted by Russian aggression.
Remember that this is a perceived benefit. Will the European Union come to the military aid of Cyprus if it is invaded by Turkey again? Doubtful. But at the same time, it is inconceivable that the same conditions of ethnic or communal violence that preceded the Turkish invasion of Cyprus in 1974 could re-occur in an EU Member State.
International Markets
A main attraction for employers and companies has been the opportunity to benefit from integrated international markets. Whatever its other failings, the EU has made tremendous progress in unifying the European market.
There are still many issues to confront, including market fragmentation due to languages and a complex national tax system, but the situation today compared with that in 1986 or 1996 is objectively far better.
International Employment and Residence
A similar attraction is the opportunities for international employment and residence open to EU citizens. It is this flexibility which enables me, an EU citizen, to be able to choose 28 countries from which to live and work in, or to travel to without a visa. The situation today is incomparably better.
International Education
A similar attraction is seen in the area of education. An EU citizen today can choose any university from 28 Member States and, if s/he is admitted, is treated in the same way as the native of that Member State. For those of us who studied in the 1980s and 1990s, the situation today is simply far better. British universities have been among the major beneficiaries of this system.

Have there been downsides? Yes, absolutely. My main criticisms of the European Union are:

I have been involved in the overall European project since 1992. In September of that year, I started working as an intern / researcher at Kienbaum und Partner, a German consultancy specialising in public sector restructuring. My first project was organisational restructuring and merger of the police forces of the German State of North Rhine-Westfalia. This was followed by a feasibility study to bring the UNDP and UNFPA headquarters units from New York City to Bonn, Germany. Then by a project to support the post-privatisation competitiveness of a Czech food producer. Then a project to restructure the Cyprus Tourism Organisation.
Later on, I helped restructure heavily-indebted manufacturers in the Slovak Republic; advised the Association of Cyprus Travel Agents on the impact of EU Entry; set up management structures for EU funding in Cyprus; and worked on a range of other EU-funded or related projects.
In this time, I have come to a single conclusion: The European Union is simply a legal and operating platform. As an institution dedicated towards achieving a common market and a common legal space, the EU is providing a level playing field. In some areas, it has been successful. In others, it has failed.
This level playing field amplifies the normal competitive effects in any economy or market. For instance, if Germany cars can be imported into France at zero tariff, and French consumers for whatever reason prefer German cars, then French car manufacturers have a problem.
Similarly, if Germany can export cars to Greece, and the Greek government can no longer levy a tariff on the import, then the Greek government is deprived of a revenue source and must find another.
The danger encountered for individuals, companies, or governments is when they abandon basic financial common sense and an understanding of competitiveness.
The EU is not there to pay your bills. The EU will not provide you with an education or a job. It will not protect your borders. It will not attract investors.
The EU simply provides the rules of engagement and access.
What is amazing is just how much electorates and elected leaders have lost sight of this very simple truth.
Today we compete on a global playing field. We face massive price and technological competition from China and other Asian competitors. We face massive innovation competition from the United States in software / services, and from Latin America in agricultural production.
We are also faced by the spectre of a new military arms race on the eastern border of Europe; by domestic and foreign religious terrorism; and by imploding nation states in the Middle East and North Africa.
Internally, we are beset by an aging population, by overweight and inefficient public sectors, and by the patholody of self-entitlement. Our pension systems and wider public sector governance is based on an economic and social model that existed in the 1950s, but which today no longer applies.
We have created the myth of a “social state” in many countries, where large segments of the population rest idle while a majority struggles for economic survival.
This myth of a “social state” has also morphed into the myth of a “social Europe”, where the countries that are doing better economically are supposed to pay for those that are not.
By enshrining the financial system of being a net contributor or a net beneficiary, this European financing system has ignored the idea of quality. What are the consequences when a country is badly managed, as was the case of Greece under PASOK and New Democracy?
At what point should the European and bilateral spending stop, because it is no longer an agent of positive change, but a vector of corruption and mismanagement?
Even within the European Union, the competitive struggles of the nation-state continue. Indeed, they are amplified, because competition is that much higher.
Unless voters learn this lesson and act responsibly, the only future scenario that will unfold is more economic collapses in the style of Greece, or more populism in the style of Farage or Le Pen, or more waffling in the style of Cameron or Holland.

This post was first published on Navigator Consulting Group.
Posted by Unknown at 13:26