Ben Hunt on Virtue Signalling, or why Hillary Clinton is in Trouble 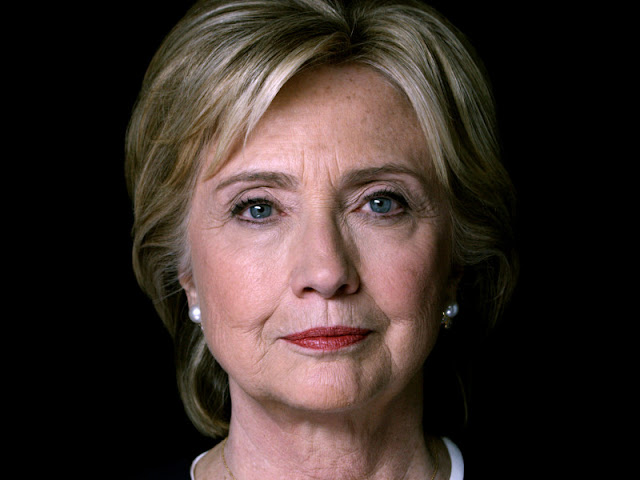 Ben Hunt has another typically brilliant assessment of psychology, sociology and the US presidential campaign on Salient's Epsilon Theory blog.

I can't recommend his writing enough. Every post is a revelation, often including some often unwelcome truths.

To avoid any doubt: I am 95% voting for Hillary on November 8th. Unless something dramatically changes, I can't see myself voting for Trump. But I do this with all the hesitation and awareness I have already posted on in this blog (some of it going back to 2007).

Hunt's "Clinton TM" paragraph (below) is just about exactly how I feel.


What I DO see for Clinton is virtue signaling galore among her supporters, including her own campaign staff. It’s the fact checking fetish. It’s the TV ad spend in safe states. It’s the damned-with-faint-praise and passive-aggressive endorsements. It’s the passion reserved exclusively for “outrage” over Trump’s intentionally outrageous statements and utterly absent for anything Clinton says. It’s all designed to signal to your tribe that you’re a good person because you’re against Trump. It’s not completely uncorrelated with getting Clinton elected … it’s not counter-productive, per se … but it’s not very productive, either.
Why not? Because this is a turn-out election. The winner of this election will be whoever can get more of their tribe to the polls in swing states: Colorado, North Carolina … maybe Nevada … maybe one or two others. Period. This is not an election that will be decided by influencing undecided or “lightly decided” voters one way or another, because all of these voters are staying home on November 8th anyway. It’s an election that will be decided by motivating your base.
Can fear of Trump motivate? Sure it can. But if Brexit taught us anything, it’s the limitations of a fear-based campaign, at least when the fear-mongers are the same smarter-than-thou elites who tsk-tsk their deep and abiding concern for the benighted masses from Davos or Jackson Hole. Status quo candidates don’t win on fear alone. They’re not the anti-party. There has to be a reason … a why … an anthem for rallying the troops. And that’s what’s missing from the Clinton campaign, in exactly the same way it was missing for Teddy Kennedy in 1980 and Michael Dukakis in 1988.
Look, I get it. The Democratic candidate isn’t Clinton, it’s Clinton™. Having chosen (or more accurately, anointed) a profoundly hypocritical and opportunistic pragmatic candidate, Democratic mouthpieces are now in the uncomfortable position of manufacturing enthusiasm rather than channeling enthusiasm. Enthusiasm is something you can easily fake when you’re winning big. But when the game gets tight … when it looks like (gulp!) the game might go the other way … well, that’s when thoughts of self-preservation and virtue signaling start to creep into the most adamant Democratic partisan. In fact, particularly the most adamant Democratic partisans. They WANT to believe. But Clinton™ is just so hard to sell out FOR.
...
More importantly than what happens in any of these international games, however, is what happens in our domestic games. Blowing up our international trade and security games with Europe, Japan, and China for the sheer hell of it, turning them into full-blown Competition Games … that’s really stupid. But we have a nasty recession and maybe a nasty war. Maybe it would have happened anyway. We get over it. Blowing up our American political game with citizens, institutions, and identities for the sheer hell of it, turning it into a full-blown Competition Game … that’s a historic tragedy. We don’t get over that.
But that’s exactly what’s happening. I look at Charlotte. I look at Dallas. I look at Milwaukee. And I no longer recognize us.
I don’t think people realize the underlying fragility of the Constitution — the written rules to our American political game. It’s just a piece of paper. Its only strength in theory is our communal determination to infuse it with meaning through our embrace of not only its explicit rules, but also and more crucially its unwritten rules of small-l liberal values like tolerance, liberty, and equality under the law. Its only strength in practice is that whoever runs our Executive branch, whoever is our Commander-in-Chief, whoever is in charge of “law and order”, whoever runs our massive spy bureaucracy national intelligence service, whoever controls the legitimate use of deadly force and incarceration … that he or she believes in those unwritten rules of small-l liberal values like tolerance, liberty, and equality under the law.
When you hear Trump talk about “loosening the law” on torture, or “loosening the law” on libel prosecutions of anyone who criticizes HIM, or the impossibility of a federal judge being able to rule fairly because his parents were born in Mexico … well, there’s no way he believes in those small-l liberal virtues. No way.