On Message and on the Money 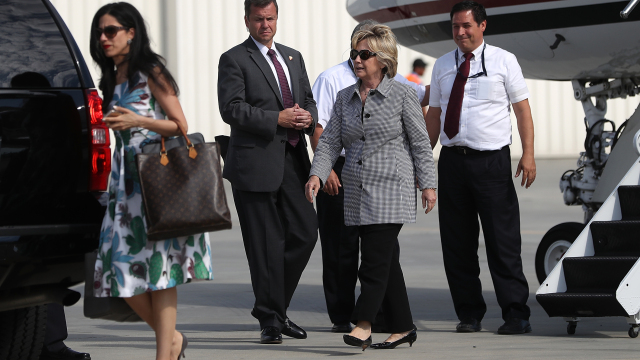 Should anyone still be wondering as to the importance of political fundraising and marketing using an established party network and an established political brand, a recent article in Politico by Shane Goldmacher should put their doubts to rest.

The rush of money has provided Clinton a tremendous advantage as she vastly outspends Trump in nearly every facet of the 2016 campaign: on TV, on radio, on mail, on staff, on field operations. Clinton raised roughly $297 million for her campaign and joint committees with the Democratic Party in August and September. That is more in the last two months than the $262.3 million the Republican National Committee touted on Friday that it had raised during the entire cycle.

This club has expanded to the point where Clinton would now struggle to fit all of these bundlers into a single ballroom. As of the end of June, she counted 496 such individuals and couples. By the end of July, it was 871. On August 31, it was 1,133.

It includes billionaires George Soros, Warren Buffett and Tom Steyer, super lobbyists like Steve Elmendorf and bold-faced names like Calvin Klein and J.J. Abrams. There is also a sprinkling of longtime Clinton family advisers, such as Vernon Jordan.

The assemblage is already more than double the size of President George W. Bush’s vaunted 2004 Pioneer and Ranger program for those who raised at least $100,000; Bush had 548 Rangers and Pioneers. It also dwarfs Obama’s reelection fundraising operation four years ago that had 602 individuals or couples in its $100,000 club, and a total of 770 bundlers who raised at least $50,000.

Remarkably, when Clinton releases a revised list in the coming week, her team of bundlers could be larger than the Bush 2004 and Obama 2012 lists combined.

Another story on my radar screen this week was an article by David Dayen in The New Republic, which references the Podesta email dump on Wikileaks:

Michael Froman, who is now U.S. trade representative but at the time was an executive at Citigroup, wrote an email to Podesta on October 6, 2008, with the subject “Lists.” Froman used a Citigroup email address. He attached three documents: a list of women for top administration jobs, a list of non-white candidates, and a sample outline of 31 cabinet-level positions and who would fill them.

The cabinet list ended up being almost entirely on the money. It correctly identified Eric Holder for the Justice Department, Janet Napolitano for Homeland Security, Robert Gates for Defense, Rahm Emanuel for chief of staff, Peter Orszag for the Office of Management and Budget, Arne Duncan for Education, Eric Shinseki for Veterans Affairs, Kathleen Sebelius for Health and Human Services, Melody Barnes for the Domestic Policy Council, and more. For the Treasury, three possibilities were on the list: Robert Rubin, Larry Summers, and Timothy Geithner.

This was October 6. The election was November 4. And yet Froman, an executive at Citigroup, which would ultimately become the recipient of the largest bailout from the federal government during the financial crisis, had mapped out virtually the entire Obama cabinet, a month before votes were counted. And according to the Froman/Podesta emails, lists were floating around even before that.

Reading these two articles reveals exactly how the political system works in the United States.

Put the two together and you can understand exactly how the sausage is made today.

I have four further observations to make:

1. After everything that has been published about Hillary Clinton and Donald Trump, no one can claim they did not know who they were voting for.

2. It is perhaps the ultimate irony that the effect of Donald's boorish campaign and character has been to cast Hillary Clinton as a sympathetic person.

3. It remains a tragedy that in a country as talented and open as the United States, we see that the political system has left voters with this choice. It is perhaps as bad as it gets, and there is absolutely no indication that the system will improve in the future.

4. In this respect, the United States is perhaps an early outlier, but it is not unique in any way. Political systems no longer appear ready to handle the brutal challenges of today or tomorrow.

*I use the term “trustworthy” deliberately. I did not say patriotic.