Politics and the Desert of the Real 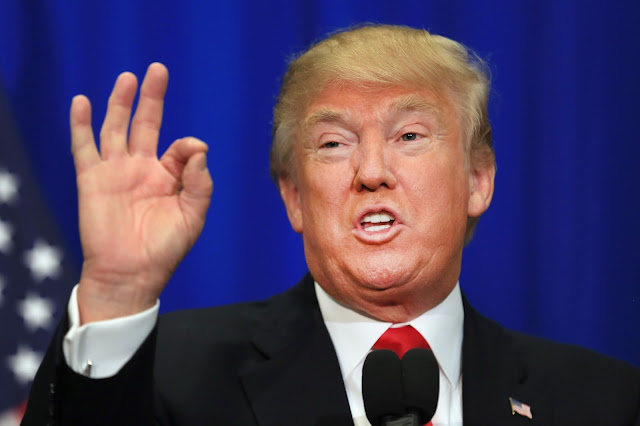 I’m watching the aftermath of the second Trump – Clinton debate. It is useless to focus on details this morning. Merely focusing on work is already difficult.

Coming on the news of the first round of the Lithuanian election, where the “Peasants and Greens” party won the leading share of votes, or on the heels of the UK Conservative Party conference last week, in which Home Secretary Amber Rudd stated that all UK companies will have to draw up lists of foreign employees, there is only one conclusion we can draw:

The greatest danger we face today is the abysmal quality and ability of individual politicians, and of entire political parties and political systems.

The greatest threat we face—whether “we” are a small business in London or a university professor in Vilnius or a pensioner in Sacramento—is bad governance.

That bad governance is, in itself, the product of a number of factors, but at the root of it is bad political actors. As we have seen in Greece, no political system can withstand the impact of corrupt political actors.

There is no longer a dominant national narrative, as there was in World War II (Allies vs Axis) or in the Cold War (West vs East). Bereft of an existentialist struggle, societies in the west have been free to collapse into what I can only describe as national narcissism.

We cannot agree on what to pay for. Or how to pay for it.

We cannot agree on what standards to use to hold our elected politicians to account.

Perhaps the only thing we can agree on is that everyone has their own opinion. And on Facebook, everyone can say anything, even if it has nothing to do with the truth.

As a result, Bill Clinton’s “triangulation” today isn’t really a triangle: it is a multidimensional equation pandering to political micro-segments in the hopes of getting out the vote on election day.

It is based on distorted and divisive identity politics rather than any factual basis or systems analysis.

Technologically, using this “multidimensional triangulation” is possible. But in terms of governance? How do you govern on this basis, when it is impossible to get a majority to agree, let alone a quorum to agree?

If your entire system is based on divisive identity politics that is based on the absurd, how do 1 + 1 = 2? They don’t. They can’t.

So let’s take this reasoning to the next step:

a.    We live in an “always on” world where traditional broadcasters are declining and where most citizens interact far more on Facebook than on traditional media. There are few facts on Facebook. Only opinions.

b.    Political “selling” has, in the second Donald Trump – Hillary Clinton debate, reached new lows and established a new form of social acceptability. (Whether it has established these or simply mirrors a society where this is acceptable is open to debate).

c.     Any political campaign in any part of the world today requires money to run. Lots of money.

d.    Rather than a simple binary framework of choosing parties and platforms, every country is witnessing a total fragmentation into political slivers and niche parties, which have already been mentioned under the difficulty of triangulation.

So what happens next?

What I believe will happen next is a process of national decline, similar to the decline of the Roman Republic, and later the Roman Empire.

·      How many of us consider our elected representatives are able to actually make decisions, as opposed to (a) convey the decisions of special interests, or (b) “block reform”?

·      Rome grew by leading its men out to war each spring. When the Italian peninsula was conquered, Rome expanded to Sicily, Carthage, Iberia, Gaul, Greece, Egypt … the entire civilized world. The process of military expansion became a dynamic engine. Successful generals (tribunes, consuls) came from the same patrician families that were already in the Senate or the equites class. Look at the United States today. Does anyone doubt the militarisation of foreign policy or large segments of the economy, when the largest element of the federal budget is military expenditure? Does anyone believe that in 2016, an American politician can choose not to “support” the military?

·      We are still looking for our man on a white horse. The Roman Republic fell to Julius Caesar because Caesar was a patrician, a successful general, and someone who “got things done”. We yearn for such militaristic, masculine figures in the west. How much of Donald Trump’s image is one of strength and competence, despite his many moral and business failures in the past? His bankruptcies? His absurd sideline businesses, like “Trump Steaks”? His three marriages?

·      One major reason Rome fell was because of debt. This debt was focused on farmers and tradesmen, who literally became slaves or, one step up, indentured serfs, tied to an economic and political master. It also had high public debt: the costs of raising and operating an army was prohibitive. It was politically impossible to tax the oligarchs (who were also members of Senate). So the tax base kept shrinking. This high debt enabled the patrician class to become even more dominant. Successive emperors then started debasing the currency, removing trust in the fundamental means of exchange in the empire’s economy. Together with the slave economy which was swelled by Roman military conquest, a society formed in which a few oligarchs owned most of the wealth and actual humans in Rome.

What can we predict will happen?

Unless some form of miracle occurs (and I can’t see many cases on the horizon), we can expect that:

a.    Our societies are switching from an inclusive to an exclusive basis. We now target foreigners or the “different” as a source of blame. Expect demagoguery and xenophobia to increase.

b.    Our citizens appear less able and less inclined to analyse and to separate root cause from effect; cause from symptom. We are also less willing to pay. Ideals are good for everyone. Ideals backed by tax payments are bad.

c.     Our politicians appear to have no sense of prioritization or means-tested planning. Nearly every OECD country I know of needs an urgent, economic turn-around plan to deal with declining competitiveness, demographic change and national debt. I see almost no such serious initiatives in place, or even the awareness that these are needed.

d.    A savings culture has been replaced by a consumption culture. Consume now … for whatever reason.

e.     We seek authoritative competence, but we are unwilling to pay for it even if we did elect it. The west is full of politicians peddling the illusion of competence, all evidence to the contrary: Marine Le Pen, Donald Trump, Vladimir Putin.

f.      Others seek nostalgic competence. The election of the “Party of Law and Justice” in Poland is a case in point. Appealing to elder, conservative religious voters was at the heart of its electoral strategy. The question remains whether critical legal and policy decisions can be made in 2016 on the basis of such implied values.

g.    One unit of debt is rendering less and less value. Conversely, the interest paid on debt will soon become the leading budget line. And, absurdly, debt has never been more available. And creditworthy companies and households are probably at their least available (at least in standard credit rating terms).

I’m going to close this post with two observations. The first is that:

The greatest danger we face today is the abysmal quality and ability of individual politicians or entire political parties and political systems.

The second is that

There are very few ethical response options open to individuals or companies within this system.

If you choose ethics, you knowingly put incompetent liars (politicians) who are increasingly desperate for cash in charge of your existence.

Remember: there are no penalties for electoral demagoguery in modern politics.

And I will close with two questions that I have been addressing since late 2009, which the Greek election took place that sparked my interest in government, debt, competitiveness and politics that is the focus of this blog.

1. Has universal suffrage become a form of collective social and economic suicide?

2. What must an ethical actor do to ensure financial and operational survival in the world we are becoming?

Harsh questions, and I almost apologise for asking them.

But I find myself asking these questions nearly every day. I wonder if anyone has an answer.

Donald Trump photo courtesy of Reddit
Posted by Unknown at 12:33

Email ThisBlogThis!Share to TwitterShare to FacebookShare to Pinterest
Labels: Donald Trump, Political Thought, US Economy, US Election, US Presidential Election 2016